Norway flourishes in the Winter Olympics by focusing on application and effort—not on medals—say Slaughter and Rees, comparing that focus to Russia’s challenge to democracy through its invasion of Ukraine. 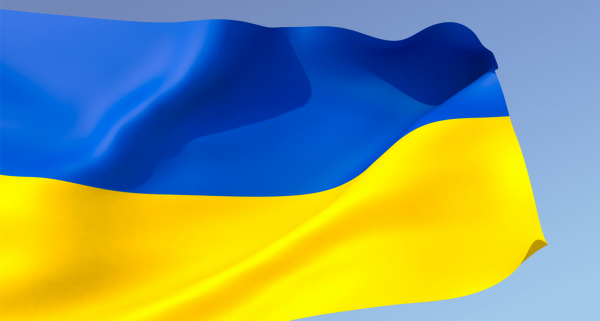 Ukraine—a country of nearly 45 million people and Europe's second-largest country by area—and democracy itself in a global community of political and economic freedom are both under threat, say Slaughter and Rees.

Last week, the flame of the XXIV Olympic Winter Games had been extinguished for only about 100 hours when Russian tanks began rolling in Vladimir Putin’s attempt to extinguish the sovereign democracy of Ukraine. As a humble complement to the brave resistance being summoned by the Ukrainian people, we two Matts want to relate these games to this unfolding tragedy.

In China, Norway again topped the Olympic podium of national medals won: 37 overall, including a record 16 golds. But Norway has only about 5.5 million citizens. Had the United States medaled at the same rate per capita, then its athletes would have brought home not 25 medals but rather about 2,220. Norway’s dominant performance was not a fluke. In 2018 it snagged a record 39 medals; since the winter games began in 1924 it has won a cumulative 405 medals (148 gold), far more than any other country.

How does such a tiny nation deliver such giant results? Yes, it snows a lot in Norway. But it snows a lot in lots of other countries too. Central to Norway’s sporting success is its social compact to nurture in all its children an intrinsic love of applying one’s talents with others.

This compact is codified in a remarkable 12-page charter, introduced in 1987 by the Norwegian Olympic and Paralympic Committee and Confederation of Sports, called Children’s Rights in Sport. Its preamble declares that “Participation in sporting activities creates intrinsic values within people and when this is achieved within children, the foundation for lifelong sports enjoyment is created.” What intrinsic values does Norway seek to impart through sports? Agency, community, equality of opportunity, inclusivity, and learning through mistakes, among others:

“Children should receive a positive experience every time they participate in sport. Children should have a social environment around sports, feel safe, want to try new things and not be afraid to make mistakes. All sporting activities should be available to any child wishing to participate, and as far as possible occur within the child’s immediate location. . . . Children’s activities, conducted in a fun and safe environment, puts the needs of the child in focus. Everyone knowing each other, using each other’s names and supporting each other, creates a good learning atmosphere. The shared experience of being active together and facing challenges by trying and mastering new things creates a unique cohesion and fellowship in the group.”

This focus on intrinsic values excludes a focus on extrinsic awards. Before age 11 there is no publication of game scores or rankings, and children may not participate in regional championships. Children may not participate in national or international championships until age 13. “We believe the motivation of children in sport is much more important than that of the parent or coach,” said Inge Andersen, former secretary general of the Norwegian sports confederation. “Our priority is the child becoming self-reflective about their bodies and minds.”

Russia is challenging this fundamental belief that nations best flourish by empowering people to strive to become their best selves through political, economic, and other life endeavors.

Intrinsically motivated, self-reflective children grow into similarly situated adults—adults who aim to compete and win, yes, but with the joy of applying their talents, rendering podium results somewhat secondary. After winning gold in men’s freestyle skiing, Birk Ruud was asked about his father, who died last year. “I believe he’s really proud that I skied, that I did this for the right reasons, not really for the result but more for the sport, the love of the sport. I didn’t start skiing to end up with this [medal].”

Beyond Norwegian sports, this human flourishing has been the foundation of the world’s democratic, capitalist societies of the 20th century. Democracy gave political voice to more people, and capitalism gave economic opportunity to more people. These twin forces of greater human flourishing advanced for generations—albeit haltingly and imperfectly—within and across nations, in ways that collectively made the world freer, richer, and thus more just.

But here in 2022, first in China and now much more gravely in Ukraine, Russia is challenging this fundamental belief that nations best flourish by empowering people to strive to become their best selves through political, economic, and other life endeavors.

Start with sports. Russia’s maniacal focus on winning Olympic medals at all costs has made a mockery of international rules and has destroyed the bodies and spirits of many of its children. Its state-sponsored doping program grew so pervasive that after the 2014 Winter Olympics, 13 of its 33 medals were initially revoked; its athletes have since been forced to compete as part of the farcically named Russian Olympic Committee. In China, 15-year-old skater Kamila Valieva—who was moved from her hometown to Moscow for more-intensive training at age 6—initially wowed the world. But then news broke that a drug test had found in her system a banned heart medication. Amidst the swirl of controversy, days later Valieva heartbreakingly stumbled through her final routine. As she tearfully left the ice, did her coach commend her brave effort? Hardly. She was berated on live global TV: “Explain it to me. Why did you let it go? Why did you stop fighting? You let it go completely.”

The 20th-century’s advance of political and economic empowerment through democracy and capitalism is under serious threat at this point of the 21st century.

Thus do we arrive at the unfolding tragedy of Ukraine. Since the collapse of the Soviet Union, Vladimir Putin has been seething at the advance of democracy and capitalism. And since becoming Russia’s president in 2000, he has been building an autocracy to set the 21st century on a revanchist course away from democratic capitalism—especially in the neighboring countries and regions that constitute former Soviet republics.

Putin invaded Georgia in 2008 and Crimea in 2014, each time watching the West do nothing to remove him. Putin has watched the United States turn inward and divisive, the nadir of which—thus far—was the January 6 attack on the U.S. Capitol. Last year Putin watched no one push back on his meandering public essay in which he declared that “true sovereignty of Ukraine is possible only in partnership with Russia” because “Russians and Ukrainians were one people—a single whole.” Thus did Putin conclude he could invade Ukraine—a democracy of nearly 45 million people and Europe’s second-largest country by area.

The 20th-century’s advance of political and economic empowerment through democracy and capitalism are under serious threat at this point of the 21st century. And Russia is far from the only autocratic state accruing and extending its power. Last week Freedom House, a nonpartisan think tank that ranks democracies, issued the 2022 edition of its Freedom in the World report with the sobering subtitle, The Global Expansion of Authoritarian Rule.

“Around the world, the enemies of liberal democracy—a form of self-government in which human rights are recognized and every individual is entitled to equal treatment under law—are accelerating their attacks. . . . The present threat to democracy is the product of 16 consecutive years of decline in global freedom. . . . As of today, some 38 percent of the global population live in Not Free countries, the highest proportion since 1997. Only about 20 percent now live in Free countries.”

The most immediate threat posed by Vladimir Putin is to the good people of Ukraine. His deeper threat is to the global order of the 20th century that, inspired by classic thinkers like Aristotle, privileged human flourishing in a global community of political and economic freedom. If the United States, Norway, and other nations of that global community want it to persist into this 21st century, then it is time to get to work.