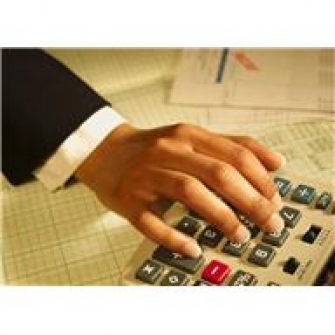 With the marvels of modern communication technologies, each day inundates us with data: movements in equity prices, bond yields, currency values, and countless other statistics reflecting the hum of global commerce. The value of much of this high-frequency data, however, is slight and depreciates quickly. One day’s drop in the Nikkei is followed by the next day’s rebound.

On occasion, data arrives that encapsulates deep and wide forces worthy of reflection. Two such numbers arrived recently: $51,939 and 96.0 percent. We now invite you to pause, ponder, and worry.

Data we consider even more sobering, however, were also released amidst a gaggle of auxiliary Census Bureau tables. For 13 years and counting, all but the most-skilled, highest-earning U.S. workers have seen their incomes fall, not rise. From 2000 through 2013, only workers with a doctorate or a professional post-graduate degree—just 4.0 percent of workers in 2013—enjoyed increases in their average real money incomes (+4.5 percent and +12.3 percent, respectively).

All other educational cohorts, which together constitute the other 96.0 percent of U.S. workers, have suffered real-income declines since 2000. Incomes have fallen not just for high school dropouts (-5.8 percent), high school graduates (-6.7 percent), and those with some college (-10.9 percent)—but also for college graduates (-11.2 percent) and even for those with non-professional master’s degrees (-7.6 percent). These declines came not just because of the financial crisis: for all these educational cohorts of the 96 percent, their real incomes fell between 2000 and 2007—and then fell further post-crisis.

Falling incomes for the vast majority of workers is among the gravest problems America faces. This is not a Democratic statement or a Republican statement. It is an empirical statement. Over much of the 20th century, the deep story of the American dream told itself most clearly in strong earnings growth for many. For a shockingly high share of American workers and their families, over the past decade or two the American dream has been replaced by one far grimmer.

Falling incomes for the vast majority of workers has also not been unique to America. To complement the depressing new American data, earlier this month the Organization for Economic Cooperation and Development reported in its annual “Employment Outlook” report that for many years running, worker earnings have been flat or falling in almost all of the organization’s 34 member countries.

Why are incomes under pressure in so many advanced countries? One force is ongoing technology innovation that, although wonderful in the aggregate and for all of us as consumers, continues to destroy jobs up and down the skill ladder. Another is inadequate public policies to allow the integration into the global economy of emerging markets to enable more growth and opportunity for workers in advanced countries. See, for example the death of the Doha Development Round in the World Trade Organization, about which we have written here.

How do people feel about all this? Worried. For over a generation The Wall Street Journal and NBC have occasionally asked in their joint survey, “Do you feel confident or not confident that life for our children’s generation will be better than it has been for us?” Responses have always carried some business-cyclicality, with people more guarded around economic downturns. Yet even coming out of the recessions of the early 1990s and early 2000s, a plurality or majority of Americans felt confident for their children’s future (50 percent in October 1990 and 49 percent in December 2001). What about last month—which, remember, was the 62nd month of the current economic expansion? An all-time low 21 percent of Americans feel confident that life for their children’s generation will be better than it has been for them. An all-time record 76 percent do not feel confident about their children’s prospects.

One hundred percent of Americans are yearning for leaders to emerge from somewhere—anywhere—to acknowledge, redirect, and start to resolve this anxiety. Sadly, our humble eyes continue to see very little leadership of this stature coming from anywhere in Washington.