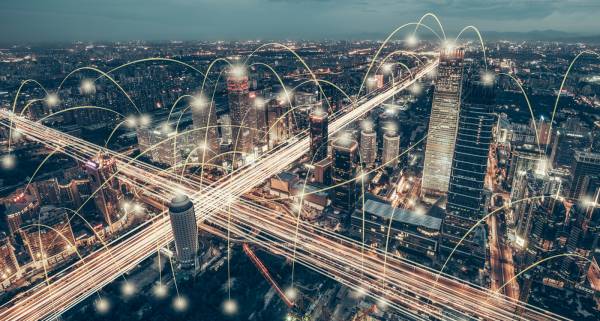 The current international trade and investment system, developed generations ago, is not adequate for the reality of global trade today, say Slaughter & Rees.

Think of data as information that can be coded into binary bits. Although data itself cannot produce an economic good or service—that type of information is an idea—data can serve as the vessel for ideas and as an input for production. For example, personal data about one’s driving history cannot create an algorithm that steers autonomous vehicles, but it can be an input used to create such algorithms.

Data has always been an essential input for discovering new ideas: Benjamin Franklin needed data on lightning strikes to improve humans’ understanding of electricity. But in the past decade or so, data has become ever more important to innovation, thanks to advances in computing power, the invention of cloud storage, and progress in machine learning. Autonomous vehicles, sports-performance apps, social networks—in unprecedented ways, people’s professional and personal lives are increasingly shaped by innovations that rest on data.

The global economy has become a perpetual motion machine of data: it consumes it, processes it, and produces ever more quantities of it. Movies, once sold primarily as DVDs, now stream on digital platforms, and news, books, and research papers are consumed online. Even physical goods come laden with digital components. Cars are no longer merely a chassis around an internal combustion engine: they also house complex electronics and software capturing massive amounts of data. Trade in physical goods also comes with digital enablers, such as tracking of shipment containers, which likewise generate data and improve efficiency.

Data is now at the center of global trade. For decades, international trade in goods and services set the pace of globalization. After the global financial crisis, however, growth in trade plateaued, and in its place came an explosion of cross-border data flows. Measured by bandwidth, cross-border data flows grew roughly 112 times over from 2008 to 2020.

Data can power innovation again and again without being depleted—more like the limitless supply of sunshine than the limited supply of oil.

The surge in global flows of data holds great economic potential for a powerful yet simple reason: data is what economists call “nonrival.” Nearly all economic goods and services are “rival,” meaning their use by one person or firm precludes their use by someone else. A barrel of oil, for instance, is rival. But data is nonrival: it can be used simultaneously and repeatedly by any number of firms or people without being diminished. The widespread notion that “data is the new oil” misses this essential economic difference between the two commodities. Data can power innovation again and again without being depleted—more like the limitless supply of sunshine than the limited supply of oil.

Because data is nonrival, innovation—and thus economic power—increasingly hinges on the quantity and quality of data available to people, companies, and countries. Data can be used and reused, so the more freely it flows, the more likely it is to spark new ideas that historically have been the foundation of rising standards of living.

Yet even as cross-border flows of data have surged, and data itself has become a critical source of power, it remains largely ungoverned. The current international trade and investment system of the World Trade Organization and related bodies was designed generations ago, in a very different time. This system advanced prosperity and security, helped lift millions out of poverty, and, as part of a broader economic order, encouraged democracy, commerce, and individual rights. But it is not adequate for the reality of global trade today. Confusion about the value and ownership of data abounds, and major world powers have competing visions of how to manage it.

The United States should work with like-minded nations to craft a new multilateral framework for global data flows that maximizes their immense economic potential without sacrificing privacy and individual liberty.

So, what to do? Released online Tuesday, the May/June issue of Foreign Affairs is kindly publishing an answer to this question in an essay by one of us (Matt S) and David McCormick, CEO of Bridgewater Associates, a global macro investment firm.

This essay, “Data Is Power: Washington Needs to Craft New Rules for the Digital Age,” argues that the United States should work with like-minded nations to craft a new multilateral framework for global data flows that maximizes their immense economic potential without sacrificing privacy and individual liberty. This framework should take the form of a treaty that has two main parts. First would be a set of binding principles that would foster the cross-border flow of data in the most data-intensive sectors—such as energy, transportation, and health care. The second part of the framework would be free-trade agreements regulating the capital goods, intermediate inputs, and final goods and services of the targeted sectors, all in an effort to maximize the economic gains that might arise from data-driven innovations.

If you want to add to the global flows of data, you can read Matt and David’s full essay online here.