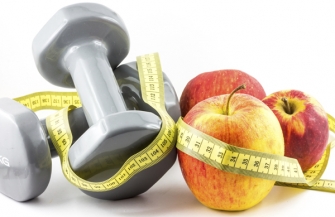 Step back from the daily deluge of economic data, most of which is about high-frequency business-cycle considerations, and you see something quite positive. Throughout most of the world, living conditions are steadily improving: incomes are rising, poverty is falling, and people are living longer. But one indicator shows living standards clearly worsening in much of the world, and the United States in particular: body weight.

Nearly 40 percent of the world’s adults are overweight and about 13 percent are obese, according to the World Health Organization, where “overweight and obesity are defined as abnormal or excessive fat accumulation that may impair health.” This is a condition that knows no borders and does not distinguish between the level of a country’s economic development.

More than three out of five of the world’s obese people live in developing nations, but excessive weight gain is also a major problem in developed nations. A report by the Organization for Economic Cooperation and Development found obesity afflicted 18 percent of adults in the organization’s 34 developed countries—up from less than 10 percent in 1980. And the average masks some striking disparities. While obesity rates in Japan and Korea are just 3.6 percent and 4.6 percent, respectively, in other countries obesity is much more prevalent: New Zealand (31.3 percent), Mexico (32.4 percent), and the United States (35.3 percent). In levels, the numbers here are staggering. In 2014, more than 1.9 billion adults worldwide were overweight—and, in a worrisome sign of things to come, in 2013 over 42 million children under the age of 5 were already overweight or obese.

The costs of this obesity epidemic are high. About five percent of world deaths each year stem from being overweight, and the economic impact is estimated to be $2 trillion annually. Here is the sobering assessment of the OECD: “Severely obese people die eight-10 years sooner than those of normal weight, similar to smokers, with every 15 extra kilograms increasing risk of early death by approximately 30 percent. Obesity is estimated to be responsible for 1 to 3 percent of total health expenditure in most countries (5 to 10 percent in the United States) and costs will rise rapidly in coming years as obesity-related diseases set in.” Indeed, the WHO surmises that today, “overweight and obesity are linked to more deaths worldwide than underweight.”

Like many other global problems, this one has no easy solutions. The director-general of the World Health Organization made a startling assertion in a 2013 speech: “Not one single country has managed to turn around its obesity epidemic in all age groups.” As a McKinsey report has pointed out, “no single intervention is likely to have a significant overall impact.” We grant there are no magic wands here. But because much of this issue turns on behavior, progress can be made.

Consider another behavior that everyone agrees is unhealthy: smoking. In 1965, a remarkable 42.4 percent of American adults were smokers. But as the ill effects of smoking came to be better understood, and as advertising campaigns publicized them, Americans quit in droves. According to the most recent data (from 2012), just 18 percent of American adults are smokers. Even if that share surprises you as still high, the long-term trend is clear and demonstrates that behavior can change.

What to do? Transparency is one place to start: e.g., requiring restaurants to disclose the calories in each offering can help consumers understand precisely what they’re ingesting. In the United States, this is slated to become the law of the land later this year (albeit only for restaurants with 20 or more establishments). Another may be taxes. Taxing tobacco has clearly helped reduce consumption in the United States (see state tax rates here). There could be room for driving up the price of select gut-busting foods and drinks (particularly if revenue raised were earmarked for public education focused on healthy consumption).

It is also clear that this topic merits much more research by the medical community. As McKinsey has pointed out, global investment in obesity research is only about $4 billion a year, which equates to just 0.2 percent of the estimated social costs of obesity. The need for more research is underscored by the lack of consensus on precisely what kind of diet is healthiest. The U.S. government has backtracked on some of its key recommendations from the past (as persuasively documented in a highly-acclaimed book published last year, “The Big Fat Surprise”). The government’s leading scientist on developing nutrition recommendations declared last year that “low-fat diets are probably not a good idea.”

One more avenue for action is more responsible business leadership, in the form of company leaders rethinking what products they offer consumers and why. Yes, there are many merits of the invisible hand allowing companies to serve the demands of people. But does The Cheesecake Factory really need to offer its Bruléed French Toast, that amidst its 2,780 calories packs nearly three times the recommended daily sugar intake? (If you are wondering about what foods to avoid, browse “Eat This, Not That.”)

Gluttony has gone global, and the proper response is far from clear. But for the health and well-being of so many, it’s a battle that needs to be fought—and won.