Whither Globalization and Work?

The future of work in the face of globalization remains unknown. But the best way to equip workers for whatever globalization might render is by investing in their human capital, say Slaughter and Rees. 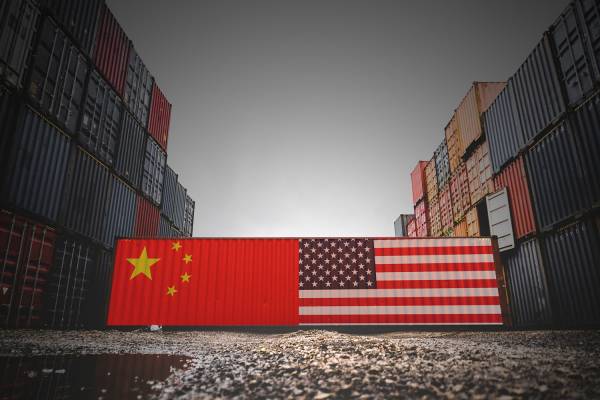 Though trade in information and other service sectors has grown, globalization has actually stalled in recent years.

The world’s two largest economies are engaged in a trade war without clear end. Britain is in the midst of a messy exit from the European Union.

Germany wants to block foreign takeovers of German companies. And worldwide there were more than three times as many restrictive trade measures implemented in 2017­–18 as liberalizing ones, according to Global Trade Alert. All of this prompts the question: Is globalization going in reverse?

Not quite. Yes, trade in goods is growing more slowly amidst rising trade barriers in many places. But trade in goods is still growing, and trade in information and other services is expanding apace. What all this will render for workers remains to be seen.

First, the facts on trade in goods. Restrictive measures notwithstanding, the volume of cross-border trade actually increased in 2018, reports the World Trade Organization. Its most recent projection showed that trade would grow 3.9 percent in 2018. Trade also expanded in 2017—at its highest rate in six years.

It’s also useful to remember that there’s much more to globalization than trade in what can be placed in containerized ships. The annual DHL Global Connectedness Index, which is being released tomorrow, helpfully measures cross-border flows of not only goods but also capital, information, and people. The new GCI report finds that thanks to growth in all of these categories, globalization reached new heights in 2017.

Trade in information and certain other service sectors are seeing dramatic growth. According to the newly released report by the McKinsey Global Institute, Globalization in Transition, over the past decade global trade in services has grown 60 percent faster than trade in goods. This MGI report (on which one of us, Matt S., served as academic adviser) also analyzes how standard methods in national trade statistics understate trade in services. It says that more-accurate counting would actually catapult services trade past goods trade in total world value.

And yet globalization has on some measures stalled. MGI’s new report finds that from 2007 to 2017, exports as a share of gross output in goods-producing value chains declined from 28.1 percent to 22.5 percent. In 2018, worldwide net foreign direct investment by multinational companies fell 19 percent, to its lowest level since 2009, according to UNCTAD.

The ultimate question is what all of this means for the future of work. The biggest source of employment disruption has historically been not globalization but technological progress that tends to both destroy certain jobs while also creating new ones.

The proper conclusion is that the world is actually much less globalized than is commonly asserted. As the CEO of Deutsche Post DHL, Frank Appel, wrote recently, “only around 29% of economic output around the world is exported. Adjusted for exports that cross borders more than once, this figure shrinks to roughly 20%. And when we look at the 7% share of foreign direct investment (FDI) flows in gross fixed capital formation, we can see that only a small fraction of business investments are made across borders.” In other words, says Appel, “the large majority of flows that could take place either within or between countries are still domestic rather than international.”

The ultimate question is what all of this means for the future of work. As we’ve noted previously, the biggest source of employment disruption has historically been not globalization but technological progress that tends to both destroy certain jobs while also creating new ones. One study found that close to 88 percent of U.S. job losses from 2000 to 2010 stemmed not from trade but from productivity gains that meant fewer workers were needed to do the same tasks.

Historically, job losses from trade have tended to be in goods-producing industries. Will past be prologue? The growth in services trade described above has much to do with growth in trade linked to knowledge and ideas. Technology innovation has generally boosted the demand for cognitive skills that are at the heart of some of the fastest-growing services trade. But that may be changing.

A new book published just last Friday by one of the world’s leading trade economists, Richard Baldwin, argues that artificial intelligence replicating cognitive skills may significantly shrink the knowledge sector. For example, he points to a Forrester study predicting that automation will eliminate 16 percent of U.S. jobs in the next decade—most of them in white-collar professions. Even with offsetting job creation in related sectors, the net loss of jobs is still projected to be seven percent by 2025. “The ‘globotics’ transformation will not be gentle,” Baldwin writes. “Given the rapacious progress of digital technology, these changes will disorder professional and service-sector jobs radically faster than globalization disrupted the manufacturing sector in the 20th century and the agricultural sector in the 19th century.”

Predicting the future is always a bit of a fool’s errand. History shows that globalization tends to expand thanks to human desire and innovation—except when political backlash and turmoil halts or even reverses it. History also shows that the best way to equip workers for whatever globalization might render is by investing in their human capital, about which we recently wrote here. The next page in this unfolding future is set to be whether the United States and China stand down or escalate their trade war on March 1. Eighteen days and counting. Stay tuned.