“India is indeed a country on the move under bold leadership,” say Slaughter & Rees in response to Prime Minister Modi’s recent announcement banning the use of 500 and 1,000 rupee notes. 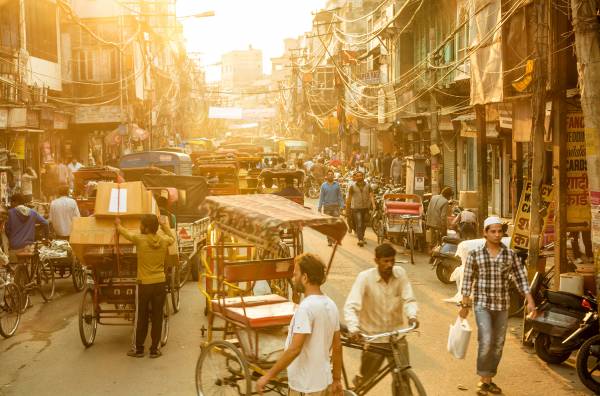 Much about governing India is hard. It is a country of 1.2 billion people, more than 2,000 ethnic groups, and 22 official languages—all packed into a land mass less than one-third the size of the United States.

Yes, economic liberalization has boosted living standards over the past two decades. But last year per capita gross domestic product in India was still only about $1,800; hundreds of millions of Indians still live in extreme poverty.

Born into very poor circumstances, India’s prime minister Narendra Modi knows this poverty firsthand. He has characterized himself as “a small man who wants to do big things for small people.” His remarkable announcement on the evening of November 8 was precisely such a big thing: he banned, effective immediately, the use of 500 and 1,000 rupee notes.

Before ceasing to be legal tender, these two notes—today worth $7.34 and $14.68, respectively—accounted for 86 percent of all India’s currency in circulation. Former U.S. Treasury secretary Larry Summers has described this “demonetization” as “the most sweeping change in currency policy that has occurred anywhere in the world in decades.” The initial impacts? Chaos and some much-publicized turmoil throughout the country, as people scrambled to swap their notes for new ones—newly fashioned 500 and 2,000 rupee notes with modern security measures.

Why trigger all this monetary chaos? To crack down on India’s vast shadow economy, which lurks beyond the reach of tax authorities and which functions at much lower average productivity than fully legal businesses. Cash was used in an estimated 78 percent of all consumer transactions in India last year, according to a joint study by Google India and the Boston Consulting Group. The prevalence of cash contributes to massive tax evasion, as everything from wages to consumer sales are often not recorded in any official ledgers. Only 17 percent of those in the labor force are paid a wage, and government tax data released earlier this year showed that only one percent of the population pays any income tax. The flip side of massive reliance on cash is massive underdevelopment of an efficient payments system. Last year just five percent of India’s consumer purchases involved the use of credit cards. In contrast, a recent Federal Reserve survey shows that 49 percent of U.S. consumer purchases involve credit cards, debit cards, or electronic transactions.

Modi stated that the objectives of the currency ban are to combat terrorists, who often rely on cash (much of it counterfeit), and also to counter corruption and “black money” (meaning off-the-books cash transactions). These have come to be an accepted part of everyday life, said Modi, and that acceptance carries a high price: “This type of thinking has afflicted our politics, our administration and our society like an infestation of termites. None of our public institutions is free from these termites.”

And while corruption stifles the productivity potential of entire economies, it often harms the poor the most. The poor either cannot afford to make the underground payments, or these payments gouge into their meager disposable income. And it is transfer payments directed at the poor that often suffer from “leakage”—that is, from officials skimming some of payments for themselves. Thus Modi’s declaration that corruption has “deprived the poor of their rights.”

In the short run, this monetary overhaul—cleverly described by one Indian official as akin to surgery in which the patient is not given anesthesia—may depress India’s economic growth because of its uncertainty and bumpy implementation (such as the new rupee notes requiring all the country’s ATM machines to be recalibrated because the new notes are slightly different sizes). There have already been a series of minor modifications to try to mitigate the disruptive effects. All of India—workers, consumers, entrepreneurs, companies, and markets alike—is still assessing the immediate and unfolding impacts of this shock.

In the long run, this monumental step to modernize India’s economy has the potential to support economic growth that is both more sustainable and more inclusive. Reducing the use of cash will bring transactions out from the underground economy, which is equivalent to about 25 percent of the country’s GDP (based on estimates from McKinsey). This has the potential to generate valuable tax revenue for a government that faces massive obligations in areas including social welfare and infrastructure. Directing that revenue to investing in education, and building roads to combat the congestion that plagues major Indian cities, would deliver long-term benefits to the economy.

More generally, if the currency ban succeeds then Prime Minister Modi is likely to be emboldened to pursue even more reforms—such as continuing to sweep away the thicket of regulations that make India’s labor market largely hostile to entrepreneurs and companies, as the World Bank’s recent “Doing Business” report found. With the recently agreed reform to the country’s notorious tax code, and the success of its aadhaar identity system (which we wrote about last month), India is indeed a country on the move under Modi’s bold leadership.