The Only Thing That Could Salvage the Trump Presidency

"In the strongest organizations, employees trust each other: their motivations, their strengths and weaknesses, and their intentions," say two former White House employees. 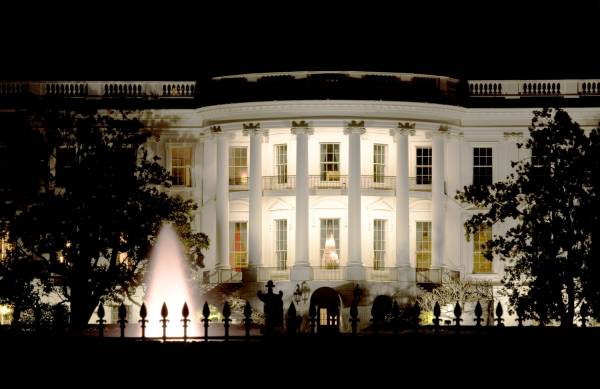 Discipline is needed in the White House, but absent trust, discipline can be imposed only through coercion and fear. | iStock

We two Matts have both worked in the White House. It is not an opulent building; almost all visitors remark on how understated it is, especially the Oval Office.

This befits its construction in 1792, a time when the United States was a fledgling nation of quite modest means. No different from all modern office buildings, to enter the White House you must show identification and pass through a security check (okay, yes, security is the Secret Service).

But working in the White House is different from working anywhere else in one fundamental way: the head of the office is the most powerful person on the planet. Beyond a sense of purpose, that power gradient engenders a second fundamental difference: the White House can be a very challenging place to work.

From that trust spring all kinds of attributes essential for high-productivity, engaging teamwork.

In the strongest organizations, employees trust each other: their motivations, their strengths and weaknesses, and their intentions. From that trust spring all kinds of attributes essential for high-productivity, engaging teamwork. Trusted teams can engage in spirited debate around ideas and actions that seek nothing other than optimal outcomes. The decisions reached from that spirited debate can be committed to by everyone on the team. Teammates can then go forth to implement those decisions—and to hold each other accountable for achieving the relevant goals. And the entire team can be aligned around shared, all-organization results.

Trust is not built by publicly mocking and insulting employees who are executing faithfully the charge of their offices. Trust is not built by hiring egomaniacs, empowering them to subvert the usual chain of command and launch public tirades so laced with vitriol and vulgarity that one wants to weep at the damage such words will do to children. Trust is not built by defenestrating teammates with a final flourish of public humiliation, such as informing them in front of the world’s cameras and forcing the fired to step out of the main motorcade vehicle and into another as the gods look down on such tragedy with appropriate rain.

What healthy organization runs this way? Not a single one. Why? Because in such a toxic environment where no one can trust anyone else—from the boss on down the line—how can anyone bring their most-creative, most-productive selves? Yes, discipline is needed in the White House. But absent trust, discipline can be imposed only through coercion and fear—attributes antithetical to trust. Yes, President Trump seems to thrive in rough-and-tumble environments where his aides mix it up. But trust is not a barrier to healthy conflict. Trust is an essential precondition for healthy conflict.

In such a toxic environment where no one can trust anyone else—from the boss on down the line—how can anyone bring their most-creative, most-productive selves?

For our money, the best summary of the foundational value of workplace trust is a little red book, The Five Dysfunctions of a Team, by Patrick Lencioni. This “leadership fable” describes DecisionTech, a Silicon Valley start-up that has plateaued and is in danger of falling apart because of poor leadership and management. An alarmed board removes the founder CEO and stares at the abyss of what to do next. We don’t want to spoil the plot, so we will say no more—other than to chuckle with you at the prescience of Mr. Lencioni penning this book in 2002, well in advance of the current saga befalling the world’s largest privately held start-up ever, Uber.

We say that trust is the only thing that could salvage the Trump presidency because President Trump displays none of the aptitudes essential for that position, such as curiosity, policy knowledge, and equanimity. At 71 years old, already six months into the job—if just a one-term president, already about 13 percent of his total White House time—we see no chance he will suddenly manifest these aptitudes.

What could salvage the Trump presidency is a White House team that, built on trust, functioned well enough both to buffer his unhinged tendencies and to proffer policy ideas that he seems either uninterested in and/or unable to comprehend. As we have written many times (such as here and here), neither of us voted for Donald Trump, and a large number of his policy ideas we find reprehensible and we hope never see the light of day.

A few of his policy ideas we find intriguing and hope America can pursue—such as broad and permanent reform of corporate taxation and a large and ongoing investment in public infrastructure. But for these rays of policy hope to see the light of day, a trusting White House team needs to function properly. These policy ideas can only come from a White House staff that trusts itself enough to engage in no-fear-of-conflict debates, to emerge from those debates with a commitment to decisions made, to hold each other accountable to those decisions, and to align all interests around a single common goal of the organization—the betterment of the United States of America.

Without trust in the White House, the past half year will be prologue for the next three and half years: America’s separation of powers across three coequal branches of government will continue to play out as intended by the Founding Fathers when they drafted the Constitution. Congress will continue to legislate; the Supreme Court will continue to adjudicate; and the impaired presidency will continue to stumble along with no substantial policy achievements that help the tens of millions of Americans whose economic anxiety propelled him to victory. Goodness knows where this will leave the country come the fall of 2020.

General Kelly: we Matts are happy to mail you as many copies of The Five Dysfunctions as you like. Don’t worry: we know the address to which to ship them. For all our readers: we commend this book to you. Enjoy your August. We shall see you in September after Labor Day.