How to Select the World’s Most Important Economic Policy Maker

Economists Slaughter and Rees opine that for the next chairperson of the Federal Reserve Board, the president must nominate the candidate who exhibits the greatest capacity to learn. 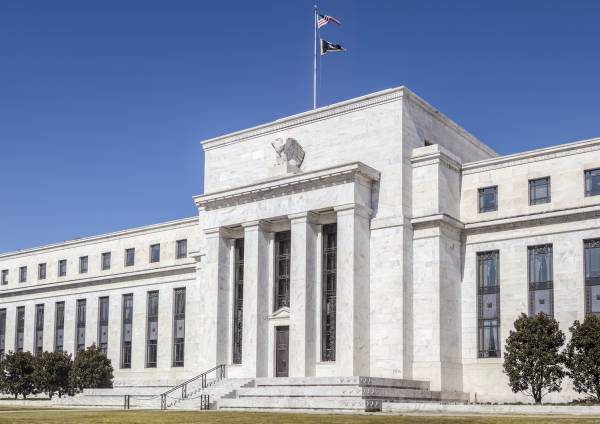 Understanding the magnitude and timing of the Fed’s impact is more subtle than commonly acknowledged, say Slaughter and Rees.

Sometime this week, President Donald Trump is expected to make one of the most important decisions of his presidency: nominating the next chairperson of the Federal Reserve Board.

Last Friday the president commented in a video posted to Instagram that, “It will be a person who hopefully will do a fantastic job … I think everybody will be very impressed.” The short-list of candidates includes current Fed chairwoman Janet Yellen, current Fed Governor Jerome Powell, Stanford professor John Taylor, former Fed Governor Kevin Warsh, and White House adviser Gary Cohn.

We agree with the common declaration that the Fed chair is the world’s most important economic policy maker. Given the outsized role the United States continues to play in the global economy, Fed policy reverberates around the world. We hope that the president and those counseling him on this momentous decision make this selection guided, more than anything else, by one criterion: which candidate exhibits the greatest capacity to learn.

Central banking is always a lot more art than science. Monetary policy works with long and variable lags, in no small part because any action the Fed undertakes must, for its ultimate impact, interact with the reactions of the about 30 million businesses and 161 million workers in America today. Powerful though the Fed is, understanding the magnitude and timing of its impact is far more subtle than commonly acknowledged.

Nobel laureate Robert Solow once quipped that, “Monetary policy is like driving a car along a winding road, when the car responds to the steering wheel with a lag that can range from 10 seconds to a minute or so.” In 2004, then-Fed-governor Ben Bernanke enriched Mr. Solow’s metaphor in the context of a speech on economic statistics by remarking that, “if making monetary policy is like driving a car, then the car is one that has an unreliable speedometer, a foggy windshield, and a tendency to respond unpredictably and with a delay to the accelerator or the brake.”

There are at least five reasons why whoever becomes the next Fed chair should have a strong capacity to learn.

First, because the new chair will inherit such a large and complex Fed balance sheet that knows no historical precedent. Last week the Fed’s balance sheet stood at about $4.51 trillion, still an order of magnitude larger than it was in the months before the world financial crisis exploded in 2008. The Fed continues to hold a massive amount of mortgage-backed securities: nearly $1.78 trillion last week, a legacy of its historic intervention in real-estate markets to stabilize the crisis. In recent months, Janet Yellen and other Fed officials have telegraphed when and how the Fed intends to shrink its balance sheet back towards its pre-crisis scale and scope. But that process remains in its infancy, and it has never been done before—let alone done successfully.

Second, because today the United States and many other countries find themselves in a curious environment where the smartest minds really don’t understand why inflation of goods and services prices is so low relative to strong employment and other economic indicators. Today the U.S. unemployment rate is just 4.2 percent, very near if not below what economists consider to be full employment. Third-quarter growth in U.S. gross domestic product clocked in at an annualized rate of 3 percent, which is above what nearly all forecasters think is the sustainable long-run rate of growth. Yet most measures of price inflation remain below the Fed’s informal target of 2 percent per year: in 2016 the price of personal consumption expenditures within overall GDP grew at just 1.2 percent (after just 0.3 percent in 2015), and the closely watched “core” consumer price index (which excludes food and energy costs) has grown year over year at just 1.7 percent for five months running—down from just above 2 percent a year ago. In a speech last month, Janet Yellen acknowledged this poor understanding when she “Fed-spoke” that, “the conventional framework for understanding inflation dynamics could be misspecified in some fundamental way.”

Third, because today the United States and many other countries find themselves with most major asset classes seeming to be expensive by conventional measures. A recent cover story in The Economist, “The Bull Market in Everything,” provided many such measures. All three major U.S. stock indexes have hit new records dozens of times in 2017, and the current cyclically adjusted P/E ratio for U.S. equities of 30 has been exceeded only twice since 1900: in 1929, just before the major stock-market crash, and in 1999, just before the sharp downturn in technology equities. Average U.S. home prices have now exceeded their pre-crisis 2008 level, and their valuation relative to rents is again high. These are worrying because a rapid decline in asset prices, especially when compounded with leverage, are often the spark that ignites financial crises.

Fourth, because the current U.S. economic expansion is both quite old and quite feeble given the ongoing slowdown in U.S. productivity and income growth (about which we wrote last month, here). According to the Business Cycle Dating Committee of the National Bureau of Economic Research, at 101 months (through October) the current period of recovery that began in June 2009 is one of America’s longest on record. But the business cycle has not been revoked. The longer duration of expansion, the more likely is the next recession. Recessions can be triggered by shocks to productive capacity, such as the 1970s recessions linked to the Middle East oil embargoes. They are often also triggered by central banks raising interest rates to cool inflation. Most economic forecasters foresee a U.S. recession during the term of the next Fed chair. How will he or she address this downturn?

Fifth and finally, because highly partisan Washington, D.C. has been showing far less deference to Federal Reserve independence than in the past, and so requires a Fed chair with a deft political touch. The scope and powers of the Fed ultimately derive from the laws and oversight of the U.S. Congress. Relations between the Fed and Capitol Hill have frayed in recent years. Chairman of the House Ways and Means Committee Jed Hensarling, for example, has been a vocal Fed critic, arguing that interest rates have been too low for too long and sponsoring a House bill last year (the Fed Oversight Reform and Modernization Act) that would have compelled the Fed to adopt a rule that would guide its conduct of monetary policy. How will the next Fed chair navigate today’s bitterly partisan waters in Washington?

Taken together, these five considerations showcase the value of a confidently humble Fed chair who is an active lifetime learner. Here is hoping that this criterion has been closely considered in recent Oval Office deliberations—and that the next Fed chair has the capacity to learn quickly and continually as the world’s most important economic policy maker.