The state of the median household in 2016, both in terms of income and net worth, was a glass half full and half empty: full relative to the recent past, empty relative to the past generation. 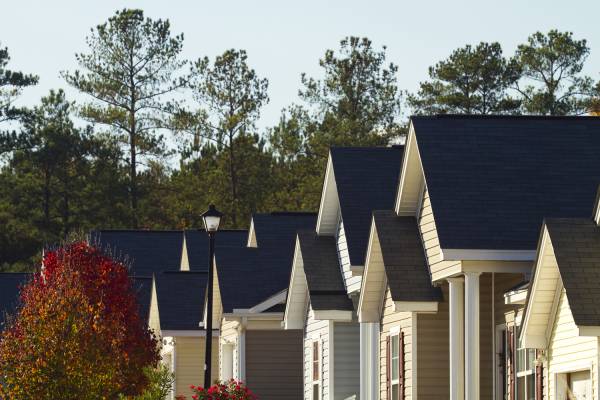 The average annual increase in American median household income was less than 0.04 percent of the last generation. | iStock

Anecdotes can be so compelling. The apt story can illuminate and illustrate in ways that speak to hearts as well as minds.

And yet, anecdotes not representative of broader data can obscure and mislead. Thus do we in America find ourselves enjoying the triennial good fortune of two major data sets having just been released that display the state of the median household (and all others as well) in 2016 for two major economic building blocks. One is household income, from the annual Income and Poverty in the United States report by the Bureau of the Census.  The other is the household balance sheet, from the triennial Survey of Consumer Finances study by the Federal Reserve Board.

The state of the median household in 2016, both in terms of income and net worth, was a glass half full and half empty: full relative to the recent past, empty relative to the past generation.

And yet. 2016 median household income of $59,039 was only $374 higher (again, in real terms) than it was in 1999—and only in this past year was that previous high-water mark surpassed. That translates into an average annual increase in America’s median household income over the past generation of just $22—less than 0.04 percent. This is not the stuff of an economy powering into the 21st century with vigor. It is even less so when juxtaposed with the price of items many Americans dream about buying one day. The total cost of attendance for a Dartmouth freshman this year is … $71,827. This is almost the total income of the 60th percentile household last year: $74,869. Most measures of income inequality have risen over the past generation, too. The ratio of household incomes at the 90th percentile to those at the 10th percentile rose from 10.42 in 1999 to 12.53 in 2016. (The income of the 90th and 95th percentile households last year were $170,536 and $225,251, respectively—with the mean income of the top five percent $375,088.)

As we have earlier written (such as here), a major force accounting for poor growth in U.S. incomes has been poor growth in labor productivity. Indeed, the 2016 male full-time year-round median earnings of $51,640 was 4.4 percent less than the peak first reached all the way back in 1973—just before U.S. productivity growth slowed dramatically. In the last few years, much of the increase in U.S. incomes has come from declining unemployment. In 2016, 2.2 million more adults were working full-time, year-round compared to in 2015. But with the unemployment rate today down to just 4.4 percent, America is basically at full employment. Continued poor growth in productivity in a full-employment economy does not bode well for continued strong growth in incomes.

Now look at balance sheets (where although the Fed SCF survey describes its unit of observation as families, it also states that, “As used here, this term is more comparable with the U.S. Census Bureau definition of ‘households’”). From 2013 to 2016 the inflation-adjusted real median net worth of all U.S. households rose 16 percent, to $97,300. Segmenting households by education of head reveals that the largest median net-worth increase was for those headed by a high school dropout, at 29 percent—versus just a 2-percent increase for those headed by a college graduate. Much of what drove rising net worth was rising home prices: median net worth for homeowner households rose by 15 percent, versus a decline of 5 percent for renter households. The proportion of all households that save at least something out of current income rose from 53 percent in 2013 to 55.4 percent in 2016. And the share of all households that own stocks, directly or indirectly, rose from 48.8 percent in 2013 to 51.9 percent in 2016.

And yet. Median household net worth of $97,300 in 2016 remained nearly a third below its pre-crisis peak of $139,700 in 2007, and 8 percent below its generation-ago level of $105,800 in 1998. As with incomes, even more so with net worth: the median American household today is worse off than it was a generation ago. And the distribution of net worth shows a shocking fragility for the households below the median. The bottom quartile net-worth households had a median net worth in 2016 of just $200—and the mean net worth among these households was negative $12,100. These bottom-quartile households are worse off today than they were all the way back in 1989, when their respective median and mean net worth were $400 and negative $1,100. At the other end of the distribution, for households in the top decile of net worth the median and mean net worth in 2016 were about $2.4 million and $5.3 million.

Where does all this data leave American households? Ambivalent. In their most recent survey of Americans, The Wall Street Journal and NBC again posed a question they have been asking every few years for nearly 30: “Do you feel confident or not confident that life for our children’s generation will be better than it has been for us?” If you truly want to ask people how they feel, don’t ask them about themselves: ask them about their children. Despite the past few years of rising incomes and expanding balance sheets, only 35 percent of Americans today say they feel confident the future will be better for their children—versus 61 percent who do not feel confident that will be the case. In that time before America’s rocky economic start to the 21st century, optimism was much more prevalent. Even coming out of recession, in late 1990 the confident outpolled the not confident 50 percent to 45 percent—and so they did again in late 2001, by a margin of 49 percent to 42 percent.

The median U.S. household today sees tangible progress in the past few years. But this progress evaporates when benchmarked against where things were a generation ago. America is not alone in its unease. In its 2017 survey of economic prospects across 32 nations, Pew Research Center found that in the dozen advanced countries polled only 34 percent of adults think that children today will be better off financially than their parents—versus 58 percent who think the children will be worse off financially. In Australia, Canada, France, Greece, Japan, Spain, and the UK, over two-thirds of people say today’s children will be worse off.

This ambivalence presents a great opportunity for leaders: for business and government leaders alike to envision and then create a stronger tomorrow, in their workplaces and public policies alike. Leaders, take your mark.