The Fight Against Fat

Barack Obama’s presidency will forever be linked to his contentious, but ultimately successful, effort to enact comprehensive health care reform.

by Matthew Slaughter and Matthew Rees
May 31, 2016 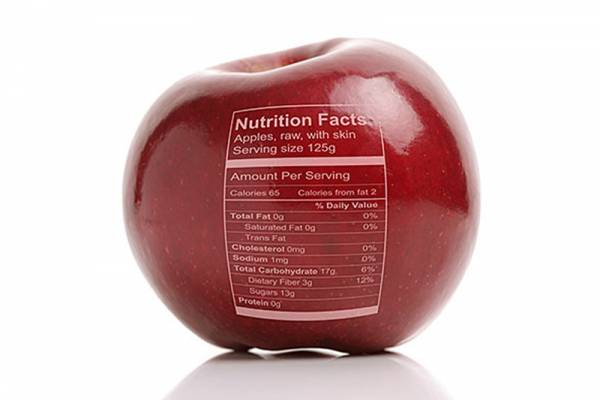 Barack Obama’s presidency will forever be linked to his contentious, but ultimately successful, effort to enact comprehensive health care reform. Whatever one thinks of “Obamacare” (a term embraced by President Obama himself), another health-related measure will be just as relevant to his legacy: new federal rules on food and beverage nutrition labels. The revised labels have the potential to help spur a much-needed slimming of American waistlines.

The new rules—the first major revisions since the 1993 implementation of the Nutrition Labeling and Education Act—were crafted by the Food and Drug Administration and unveiled by Michelle Obama on May 20. These rules bring a number of changes (you can see a side-by-side example of the old and new labels here, with more explanation here) that are slated to be fully implemented by July 2018 (with small manufacturers given an extra year):

In isolation, the new labels will not spark an overnight revolution in U.S. public health. But they will improve people’s information about what they are eating—and research has shown that enhanced information changes behavior. One study found that the 1993 label revisions were associated with a reduction in body weight and the probability of obesity among non-Hispanic white women—and that “the total monetary benefit of this decrease in body weight was $63 to $166 billion over a 20-year period, far in excess of the costs of the NLEA.” Another study found that when Starbucks posted in stores the calories of its menu choices, average calories per customer transaction fell by 6 percent.

Alas, progress like this has not filtered through to the broader population. Today the United States faces a public-health crisis regarding weight:

And this crisis is tragically global. Studies have shown surging obesity in many other advanced countries in recent decades, in large part because of people consuming more calories. And the same has become true in fast-growth emerging markets as well. (You can see these worldwide trends using the interactive maps of the World Obesity Foundation, available here.)

The transparency provided by the revised U.S. food labels should help, but much more will need to be done. There is a business case for selling healthier foods. A Hudson Institute study found that between 2007 and 2011, 70 percent of the sales growth realized by food and beverage companies was derived from the sale of healthier foods.

At the same time, in an ideal world individual consumers would show more discipline about how much they eat and what they eat (while also finding ways to exercise more). In this world, labeling vigilance would wane because of very different food choices—much less manufactured food, many more fresh fruits and vegetables. One of us took a step in this direction recently—adopting what’s known as a “whole food, plant-based diet,” inspired by the writing of physician nutritionist Vanita Rahman as well as Cornell professor emeritus T. Colin Campbell, the co-author of best-selling books such as “The China Study” and “Whole: Rethinking the Science of Nutrition.” (We’ll leave the science about a plant-based diet to them and to others, but in our survey of one we’ve experienced reduced weight and increased vitality.)

Finally, while an improvement, the new labels are still an imperfect solution for the simple reason that they are one-size-fits-all in a world where every human body is different and has unique nutrition needs. Perhaps before too long, information-technology advances will be harnessed to create for every person on the planet customized electronic health profiles, which could be accessed when using a handheld device to scan nutrition labels on food and beverage packaging. In this future, perhaps getting regular reminders about the risks of buying select products, or the need to ingest more vegetables, could help transform personal diets.

In the meantime, America’s new nutrition labels are set to become another valuable front in the fight against fat.