The Lessons of Phil at 50 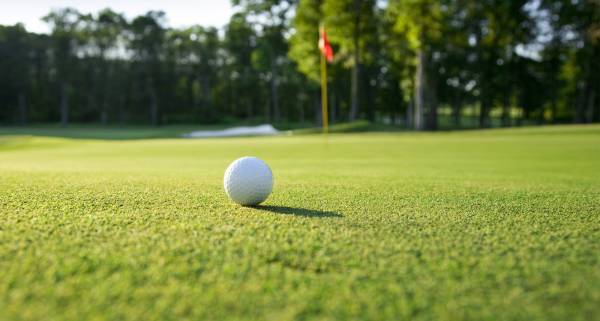 Slaughter & Rees examine lessons we might learn from golf champion Phil Mickelson and other high-talent athletes who are thriving at advanced ages.

On Sunday evening, at the fabled Ocean Course along the coast of South Carolina, Phil Mickelson made history with his two-stroke victory at the 103rd PGA Championship. At the age of 50 years, 11 months, and seven days, Mickelson became the oldest person in golf history to win a major championship. He eclipsed the record that had stood for 53 years, set by Julius Boros when he won the 1968 PGA Championship at the age of 48.

With this win (his sixth major and 45th overall on the PGA Tour), Phil joins other elite athletes who have recently been defying Father Time. In February, at age 43, Tom Brady became the oldest quarterback in Super Bowl history to play (in his record 10th appearance—he has played in a remarkable 18 percent of all Super Bowls), win (a record seventh time), and receive the MVP award (a record fifth time). This summer, two of the GOATs in tennis, Roger Federer and Serena Williams, will be vying for more Grand Slam wins just before they each turn 40.

What lessons might we learn from Phil and other high-talent athletes who are thriving at such advanced ages? There is a lesson for individuals, about the value of persisting at learning how to make better decisions from mistakes. And there is a lesson for nations, about the value of productive older workers in our world, where population and labor-force growth are decelerating dramatically.

Start with persisting at learning from mistakes to make better decisions. Just two weeks before teeing it up at the Ocean Course, Phil stumbled after an opening-round 64 to finish in 69th place at the Wells Fargo Championship. Afterwards, he tweeted to the world the following: “I’ve failed many times in my life and career and because of this I’ve learned a lot. Instead of feeling defeated countless times, I’ve used it as fuel to drive me to work harder. So today, join me in accepting our failures. Let’s use them to motivate us to work even harder.”

In particular, in these later years Phil has worked harder at maintaining focus—shot by shot, round by round—to strive to make and execute on sound decisions. And this Sunday he did just that, explaining afterwards that “the point is that there’s no reason why I or anybody else can’t do it at a later age. It just takes a little bit more work.”

Tom Brady’s version of the Wells Fargo Championship was last season’s first several games with the offensive structure of his new head coach and new team, Bruce Arians and the Tampa Bay Buccaneers. “Midway through the year, I was still trying to figure out how to call the plays. It’s like learning a completely new language. You’ve spoken English for 20 years and someone goes, ‘Hey man, let’s speak some Spanish.’ And you are like, ‘Huh? That makes no sense to my brain.’” And then? “Wow, we really started hitting our stride. We gained a lot of confidence in each other.” The Bucs won their final eight games: four in the regular season, three on-the-road playoff games, and then Super Bowl LV.

Over the past decade, the U.S. population grew at the second slowest rate—just 7.4 percent—since the decennial population census began in 1790.

What is good for Phil and Tom is good for large swatches of the labor force in the United States and around the world. In a fascinating new research paper, “The Growing Importance of Decision-Making on the Job,” Harvard economist David Deming documents that in the U.S. labor market over the past 60 years, the average age of peak earnings has shifted from the late 30s to the mid-50s—and that “a substantial share of this shift is explained by increased employment in decision-intensive occupations.” Deming calculates that the share of all U.S. jobs requiring decision-making increased from 6 percent in 1960 to 34 percent in 2018, with nearly half of this increase occurring just since 2007. Moreover, wage growth in these decision-intensive occupations has increased over time, and it has increased relatively more for highly skilled workers. And, among all workers older than 35, earnings growth in recent years has been the strongest for workers in these decision-intensive occupations.

We all are aging. But one key lesson from Phil at 50 is that we are more likely to flourish the more we persist at learning how to make better decisions from mistakes.

Phil’s second key lesson is for nations overall: it is the value of productive older workers in our world where population and labor-force growth are decelerating dramatically.

If last Sunday you were perusing the New York Times before tuning into Phil making history, then you likely noticed the front-page story, “World Is Facing First Long Slide in Its Population.” This sobering piece opened thus: “All over the world, countries are confronting population stagnation and a fertility bust, a dizzying reversal unmatched in recorded history that will make first-birthday parties a rarer sight than funerals … Like an avalanche, the demographic forces—pushing toward more deaths than births—seem to be expanding and accelerating.”

Here in the United States, a few weeks ago the U.S. Census Bureau reported that over the past decade, the U.S. population grew at the second slowest rate—just 7.4 percent—since the decennial population census began in 1790. Immigration inflows have been falling; so, too, have been birth rates. In 2020 America’s birth rate declined—for the sixth straight year.

Countries with large and/or rising fiscal debts today will need productive workers and companies tomorrow whose output and income will fund the taxes to pay off those debts.

Slower-growing—or outright shrinking—population growth can present a number of risks to national economic performance. Output growth tends to be slower, both because of slower labor-force growth and because older labor forces tend to innovate less and thus enjoy slower growth in labor productivity (as has been researched by our Dartmouth colleague Jim Feyrer). Less innovation can be driven by less immigration; as we have written before, high-talent immigrants drive innovation in several ways, such as new-business start-ups.

And another economic risk from smaller, aging populations is fiscal. Countries with large and/or rising fiscal debts today will need productive workers and companies tomorrow whose output and income will fund the taxes to pay off those debts. But what happens if the number of future taxpayers is lower than today’s? According to the nonpartisan Congressional Budget Office, the 2020 federal deficit hit $3.1 trillion, or 14.9 percent of GDP, largely because of emergency pandemic support. Total federal debt outstanding hit 100 percent of GDP, an unprecedented level in America but for a few years in and after World War II.

A slower-growing, aging, indebted America is one where fiscal and overall economic stability will need all the wise, decisive Phil Mickelsons we can get—on golf courses, in research laboratories, and across the full range of occupations and industries.

But let’s set aside these economic concerns for now and bask in Phil’s inspiring and historic Sunday. And let’s get ready for next month. The 121st United States Open Championship begins in just three weeks. It will be played at the beautiful but challenging Torrey Pines Golf Course (where one of us once lost six golf balls in one round) in San Diego, California. Which PGA golfer was born in San Diego, lives very near there today in Rancho Santa Fe, and would become just the sixth player in history to complete the career Grand Slam if he won there? Phil Mickelson.