The President recently tweeted that trade wars are good and winnable. Slaughter & Rees argue that no country wins in a trade war. 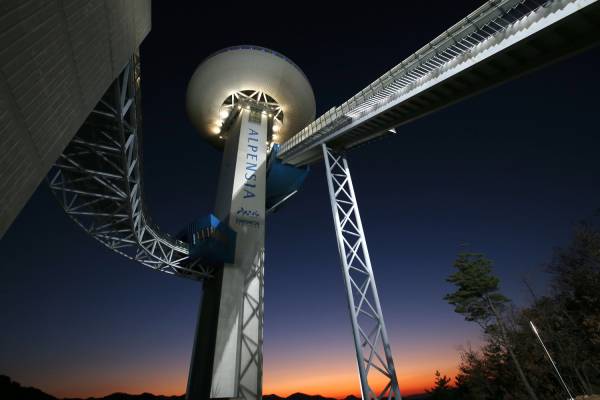 An estimated five to six million Americans who work for companies that purchase steel as input are now at risk with new tariffs.

We your correspondents intended this March missive to be about only the Olympics.

But late last week the world intervened and compelled us to write about two topics, not one.

On Thursday President Donald Trump invoked a little-used 1962 U.S. law (commonly known as Section 232) to announce that this week America will impose 25 percent tariffs on all imports of steel and 10 percent tariffs on all imports of aluminum. As business and government leaders around the world recoiled with alarm, on Friday the president tweeted that trade wars are good and winnable: “When a country (USA) is losing many billions of dollars on trade with virtually every country it does business with, trade wars are good, and easy to win. Example, when we are down $100 billion with a certain country and they get cute, don’t trade anymore-we win big. It’s easy!”

No, it’s not easy. No country wins a trade war. All countries lose.

Start with the argument of Section 232 that these tariffs are needed to protect U.S. national security. Is it true that America makes none of the steel and aluminum needed to build our Army tanks, Navy ships, Air Force planes, and so forth? No. Last week alone, the United States produced over 1.78 million tons of steel. Is it true that American imports of steel come from nefarious enemies who might cut off our supplies in dangerous times? No. Our single largest foreign source of steel is Canada, at 16 percent of all imports. Brazil supplies 13 percent, South Korea 10 percent, and Mexico 9 percent. Russia supplies only a bit under 9 percent of U.S. imports, and China—the target of so much trade ire—just over 2 percent. Little surprise that last week U.S. Defense Secretary James Mattis was widely reported to be lobbying intensely to stop these new tariffs.

What about the economics of these new tariffs? Yes, some U.S. companies and their employees who make steel and aluminum will likely gain from higher U.S. prices. But these gains will be swamped by the much larger losses felt by at least two groups: all the metals-consuming companies and their workers rendered less competitive globally by these higher input prices, and all the companies and workers across the U.S. economy whose exports will be slammed by retaliatory tariffs levied by other countries—even by our allies, like the European Union. America overall will suffer some combination of slower economic growth, higher prices, and fewer jobs.

Steel companies in America employ about 140,000 workers. About 40 times as many U.S. workers—estimates range from five million to six million—work at companies that purchase steel as an input, and thus are at risk from being harmed by the new tariffs. The transportation industry accounts for about 40 percent of U.S. steel consumption, packaging 20 percent, and building construction 15 percent. Yes, White House communications officials might find individual steel plants that boost employment in the wake of the tariffs. But across America there will be orders of magnitude more layoffs in all these steel-consuming industries that somehow evade the news-cycle grandstanding. The job losses that will make news will be those in companies hit by new foreign tariffs. It is already being reported that foreign officials in many countries are working on retaliatory tariffs to hit U.S. exports such as motorcycles and bourbon spirits—which, by complete coincidence, happen to be manufactured in the home districts of U.S. Congressional leaders such as Speaker of the House of Representatives Paul Ryan (Wisconsin) and Senate Majority Leader Mitch McConnell (Kentucky).

We continue to believe that Mr. Trump’s goal of building hope and opportunity for struggling American workers and their families remains earnest and appropriate. We believe with equal fervor, however, that starting a trade war is about as far as possible as one can get from policies that will meet that goal.

Let us now turn from war to peace: the XXIII Olympic Winter Games, which just finished in PyeongChang, South Korea. As happens every four years with these games, countries competed in a spirit of athletic excellence and good cheer.

Winning the medal count was Norway, a longtime winter sports juggernaut. The Norwegians collected 39 medals—eight more than second-place Germany – despite being home to just 5.2 million people. For fans of Team USA (put us in that category), there was something very special about seeing the American women’s hockey team win gold for the first time since the U.S. women’s win when the event became an Olympic sport in 1998 (and 38 years to the day after the “Miracle on Ice”). The win also meant the first Olympic defeat since those 1998 games for the women hockey players of Team Canada. Also unforgettable was snowboarder Ester Ledecká, of the Czech Republic, winning the super-G Alpine skiing competition on skis borrowed from American Mikaela Shiffrin (talk about peace, not war) and then also prevailing in snowboarding, making her the first woman to win two golds in different sports at the same Olympics. Other noteworthy developments were the U.S. women’s cross-country team sprint relay winning gold, the U.S. men’s curling team winning gold, the performance of the Jamaican women’s bobsled team, and short track speed skating, which combines incredible grace and power with the ever-present threat of a spectacular wipeout. We would be remiss if we didn’t mention one inspiring Canadian athlete, Cheryl Bernard, who was the oldest competitor at the Olympics—older than even your aging columnists!

Closer to home, we take some pride in noting that Dartmouth had 15 athletes and two coaches in PyeongChang (tied for second among U.S. colleges and universities, according to one tally). They were a mix of alumni, current students, and one incoming student—primarily representing Team USA, but also Canada, as well as a country not typically associated with Winter Olympics sports: Bermuda. Also closer to home, your correspondents will proudly note that one small town in Vermont, just across the Connecticut River from Hanover, has produced multiple Olympians over the past few decades. This fascinating story is told in Norwich, by sports reporter Karen Crouse. She found that contrary to the popular notion of single-minded devotion for years and years, the culture in Norwich is to strike a balance between encouraging success but not at the risk of bringing on burnout or injury. (The Wall Street Journal review of the book, written by one of us, is accessible here.)

Finally, in the spirit of more peace in our world, we will note that here at the Tuck School, starting on March 11, we will be offering our next round of our new executive-education program Next Step, which helps foster career transitions for elite athletes and military veterans. During this two-week program, students are taught insights in multiple business disciplines by our award-winning faculty in what has been described as “the B-school equivalent of boot camp” and, in a cover story by the Financial Times last year, as putting participants on the “fast track.” As part of our mission of educating wise leaders to better the world of business, we at Tuck could not be more proud to partner with these Next Steppers.