The Essential Health-Care Question Missing from the Debates

How can we make America’s health-care system more productive? It’s a key question absent from the health-care reform debate, say Slaughter and Rees. 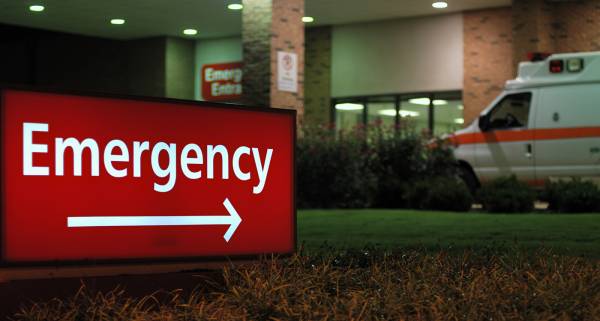 On Tuesday of this week, several Democratic presidential candidates squared off on a South Carolina stage in their latest debate. Amidst the frequent interruptions and outright hostility, the most contentious topic was—yet again—health care.

Candidates continue to clash over whether health care in America should be publicly or privately funded and/or provided. Front-runner Senator Bernie Sanders envisions abolishing private health insurance in America in favor of all Americans having all health care funded by the federal government. Some of Tuesday night’s sharpest exchanges were over the projected increase in federal-government spending this “Medicare for All” plan would require. All candidates and the studies they invoke agree that this increase would total at least $30 trillion over 10 years; some of Senator Sanders’s rivals were arguing a better 10-year projection is $60 trillion.

Any of these projections are, to echo Senator Sanders, revolutionary. According to the nonpartisan Congressional Budget Office’s latest data and analysis published last month in The Budget and Economic Outlook: 2020 to 2030, total U.S. government spending in 2020 was $4.447 trillion. If current U.S. laws were to persist over the next decade, CBO projects that total federal spending in the decade of the 2020s will be $60.7 trillion. If Senator Sanders becomes President Sanders and with a new Congress manages to enact into law some version of Medicare for All that sticks over the 2020s, then the total financial size of America’s federal government will rise by somewhere between 50 and 100 percent.

Conjure up a future with large enough projected savings in health-care spending, and absent sufficient productivity growth, that future is cutting the income not just of companies but of people—doctors, nurses, orderlies, and so forth—in the health-care system.

Thus all the sound and fury about who will face how much of an increase in what taxes to pay for this historic expansion of the federal government. We two Matts agree that below all this health-care rancor lie deeply important moral and civic questions. But we here want to highlight an essential health-care question that is largely missing from the debates: how might we make America’s health-care system more productive?

Just how big this productivity need is can be seen on the flip side of productivity: prices. Consider the cumulative change from 2000 through 2018 in prices faced by U.S. consumers (as measured by the Consumer Price Index for All Urban Consumers as compiled by the U.S. Bureau of Labor Statistics). Start with the overall CPI, a basket of hundreds of goods and services. Over the past generation, America’s overall CPI rose by 45.2 percent.

Now consider personal computers. What was the cumulative price change American consumers faced over the past generation in this foundational product of the information-technology revolution? That’s right a stunning decline of 91.6 percent. As we have written about the IT industry here, it is among the world’s most technologically innovative, in part because of how globally connected it is through trade, investment, and immigration. The net combination of these dynamic forces—what is commonly called the IT revolution—has long provided consumers with new and better products: massive innovations that mean dramatic price declines. Recall that the iPhone on which many of you are reading this missive was not invented until 2007. Those of you with iPhone 11s are holding in your hand a device that by all sensible measures holds more computing power than the Apollo rockets that put humans on the moon.

And that brings us to health-care services. A decline of 91.6 percent, like with PCs? Guess again. A rise of 45.2 percent, the average across all goods and services? If only. Try an increase of 97.4 percent. That’s right: over the past generation, the cost of health care faced by Americans has been rising at a rate more than double the rate of general price inflation. And a fundamental economic force driving these price increases in health care is this industry’s poor growth in productivity.

Whether you prefer Medicare for All, Medicare for All Who Want It, or any other future version of how the federal government interacts with the private-sector providers and payers of American health care, if somehow the collective health-care industry cannot become more productive then America’s fiscal and economic future is not rosy.

Those who speak of cutting future health-care costs without boosting future health-care productivity are projecting something they haven’t been transparent about: cutting the income of some people and/or companies in the health-care industry. Conjure up a future with large enough projected savings in health-care spending, and absent sufficient productivity growth that future is cutting the income not just of companies but of people—doctors, nurses, orderlies, and so forth—in the health-care system. If nothing else, be forewarned of the political resistance likely to arise in this sort of future. Today (i.e., as of January 2020) 20.7 million Americans are employed in health-care and social-assistance services—nearly 1 in 7 nonfarm payroll jobs in America.

And the sobering fiscal implications of slow productivity growth in health care—even before any sort of historic expansion of Medicare—has already been called out by the CBO in no uncertain terms.

The latest CBO projections are for health-care costs to continue to grow at rates faster than overall price inflation. For Medicare and Medicaid, per-enrollee spending is expected to grow “faster than GDP per person, averaging 5.3 percent per year between 2019 and 2030.” This trend, plus an aging America, is forecast to drive upward total federal-government spending. “Outlays for Social Security and the major health care programs—Medicare, Medicaid, premium tax credits and related spending, and the Children’s Health Insurance Program—account for more than 90 percent of the projected growth in mandatory spending through 2030.”

The overall fiscal result? Annual federal budget deficits will exceed $1 trillion, rising from $1.02 trillion in fiscal 2020 to $1.74 trillion in 2030. Total federal debt held by the public will rise from the actual 79.2 percent in 2019 to a projected 98.3 percent. But for a few years in and after World War II, that level of fiscal indebtedness will be unprecedented in American history. And this fiscal future is being projected by the CBO under current law. To put it mildly, this next-decade picture is more complicated if you reimagine it with different laws that deliver an additional $30 trillion to $60 trillion in federal spending on health care—and whatever mix of tax increases might come with that spending.

So what might spark faster growth in productivity in health care? Several ideas can be found in a new book cowritten by one of us (Matt R), Discovering Precision Health: Predict, Prevent, and Cure to Advance Health and Well-Being.

One of the keys is smarter use of technology. While nearly every industry treats tech as a tool for progress, in health care it is often regarded as a cost of doing business. Emblematic of the sector’s antiquated approach—and untapped potential—are the tools used for medical communications. A few years ago, one study tried to estimate what share of medical communication in America is still conducted using fax machines. The answer? No, not zero percent or one percent. 75 percent.

Set against that rather sobering state of affairs are the many exciting new deployments of technology to help predict and prevent disease. A joint Stanford/Apple study published last year showed that the Apple Watch can detect atrial fibrillation in people wearing the watch. (The watch uses optical sensors to measure the wearer’s heart rate.) And looking to the future, one research lab is developing a “smart” toilet to sample both urine and stool to detect various biomarkers, including tumor DNA in stool for early detection of colorectal cancer.

Artificial intelligence, coupled with data science, is also improving the ability to predict the onset of disease and to rapidly analyze massive data sets. A study conducted by the Stanford Center for Artificial Intelligence in Medicine and Imaging involved a deep-learning algorithm to detect 14 different pathologies in chest radiographs. The algorithm was used to evaluate 420 chest x‐rays, and its performance was measured against evaluations of the same images by nine practicing radiologists. The study showed that the algorithm’s performance was equivalent to that of the radiologists with 10 of the 14 pathologies. The biggest difference, though, was the time needed to evaluate the 420 images. The nine radiologists needed, on average, 240 minutes. The algorithm needed 90 seconds. Comparable output in a fraction of the time: one of the foundational sources of productivity growth.

Data is another tool to help address a basic shortcoming of modern medicine: the disconnect between what we know about health and disease, and the care that physicians deliver in the clinic. Physicians often rely on their own limited, subjective experience, research, and memory to provide diagnoses and treatment. But armed with more and deeper data—from health wearables, on‐demand testing, better hospital software, etc.—doctors will be able to more precisely predict and prevent the onset of disease while also more capably empowering their patients to navigate health decisions.

Improved detection can help save money—and lives. But we shouldn’t lose sight of a dramatically underutilized tool in the U.S. health-care arsenal: prevention. Chronic diseases, which are largely preventable, contribute to 70 percent of deaths each year. And nearly half of all deaths in the United States from heart disease, stroke, and type 2 diabetes result from a bad diet, according to a study published in 2017 in the Journal of the American Medical Association. That’s one of many factors that contributed to U.S. life expectancy declining for three straight years, 2015 through 2017. (It ticked upward, slightly, in 2018.)

Tuesday’s Democratic presidential debate was the last one before voters in South Carolina on Saturday and 14 other states and 1 U.S. territory next Tuesday go to the polls. This burst may well finalize who runs against President Donald Trump in November. Whoever ends up on the November slate, Americans deserve that candidates pay more attention to this essential productivity question about health care. Literally, lives will be depending on it.