Tuck Dean Matt Slaughter and senior fellow Matt Rees discuss what lies ahead for the Council of Economic Advisers (CEA) and the U.S. economy in the new Trump administration. 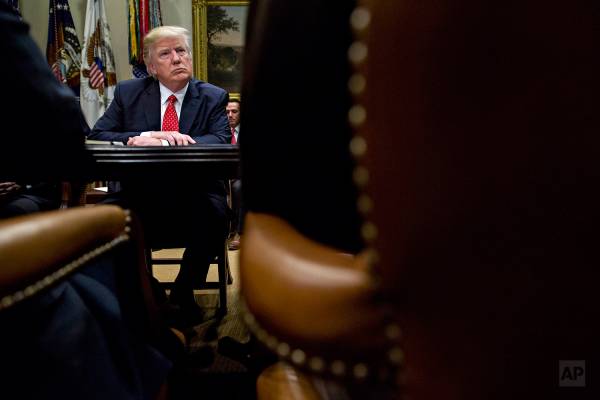 President Trump stated the CEA chair remains unfilled—if and when it is filled, it will not be cabinet-level | AP Images

With fits and starts, President Trump continues to round out his administration of cabinet members and other key advisers.

One glaring omission to this emerging team stands out, however: the absence of anyone appointed to the Council of Economic Advisers.

As World War II drew to a merciful close, many government and business leaders worried that the United States might lapse back into something akin to the Great Depression, for reasons including the return to the civilian labor force of fighting men and women. Congress thus passed the Employment Act of 1946, a law that specified a number of economic goals, such as high employment and low inflation. To help monitor the performance of the U.S. economy, the act also created two new agencies: the Joint Economic Committee for Congress, and CEA for the Executive Office of the President.

CEA has traditionally been headed by three president-appointed, Senate-confirmed members—one designated the chair—the large majority of whom have served on leave from academic appointments. CEA staff has totaled about 50, including about a dozen other PhD economists—again, mainly professors on leave—as senior staff covering particular areas, other more-junior research teams, and a permanent staff, including other economists and administrative support.

The A of CEA is taken seriously. CEA does not formulate nor execute any particular aspects of U.S. economic policy, such as trade (that is the purview of the U.S. Trade Representative) or taxation (U.S. Treasury). Rather, CEA’s role in the policy process has been to infuse economics into the interagency policy process—in particular, to infuse the balance of economics evidence drawn from the collected body of peer-reviewed academic and policy research.

CEA’s most public output is its annual book, The Economic Report of the President. Far more important are CEA’s daily outputs of briefings, meetings, memos, and speeches that—in the Oval Office, the West Wing, and the broader world—ensure that at least some scholarly rigor is guiding a president’s policy choices. CEA has thrived best when the president and other key executive-branch leaders value and thus seek the input of CEA members and staff to help guide decisions about and the execution of economic policy.

For 70 years, both Democratic and Republican presidents alike saw the value of having a fully staffed, well-functioning CEA provide full and frank counsel. Are you a president contemplating slashing taxes on both individuals and companies and also spending upwards of $1 trillion on new infrastructure investments? Then CEA would explain to you that driving up fiscal deficits this way would also tend to expand the U.S. trade deficit and appreciate the U.S. dollars. Are you a president threatening to renegotiate the North American Free Trade Agreement and also to levy large new tariffs on imports from China or more broadly? Then CEA would explain to you how these trade barriers would hurt precisely the less-skilled workers you claim to be helping with such walls.

But with America’s 45th president, for CEA past does not appear to be prologue. Last Thursday President Trump stated not only that the CEA chair remains unfilled but that, if and when that person is named, she or he will not be a cabinet-level officer. At the time of writing, the only PhD economist appointed by President Trump is Peter Navarro, who is heading the newly formed National Trade Council. On leave from the University of California, Irvine, Mr. Navarro’s recent work on U.S.-China trade is deeply, eccentrically at odds with the balance of academic research. And the portfolio of this new National Trade Council is yet to be determined.

Your correspondents are admittedly not disinterested here, as one of us served as a CEA member from 2005 to 2007. But we are far from alone in mourning what with every passing day seems to be the demise of CEA. A presidency without CEA will be a presidency with poorer economic policies. R.I.P., CEA?