Home / Knowledge Research / Slaughter & Rees Report / How to Save Globalization

How to Save Globalization

When it comes to globalization, building a lifelong ladder of opportunity for all citizens is imperative, say Slaughter and Rees. 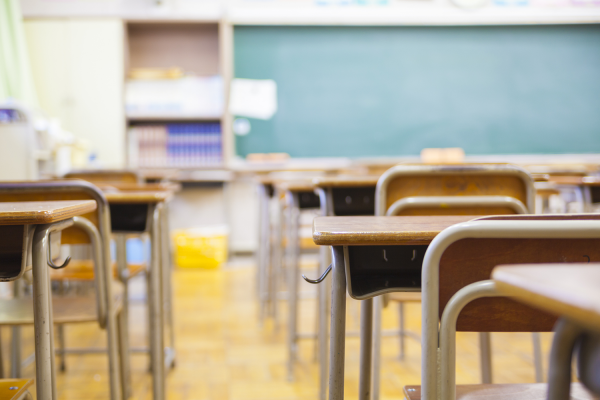 The United States should expand its investments in human capital at every stage of every American’s life.

Here in the United States, next Tuesday, November 6, is Election Day.

Voters will have their say on all seats in the House of Representatives and a third of the seats in the Senate. Most forecasts are that the Democrats will take control of the House, while who will control the Senate hangs in the balance. We want to pull your attention back from the vitriol of these races to gaze upon the roiling globalization landscape from which this vitriol springs.

We live in a time of protectionist backlash. U.S. President Donald Trump has started a trade war with China, upended the North American Free Trade Agreement, imposed tariffs on the United States’ closest allies, withdrawn from the Trans-Pacific Partnership, and talked endlessly about building a wall on the U.S.-Mexican border. But the backlash against globalization goes far beyond the president himself. In fact, his presidency is more a symptom of it than its cause. Even as they may decry the president’s particular methods, many voters and politicians in both parties approve of his objectives.

The latest issue of Foreign Affairs has kindly published an essay by one of us (Matt S) and Ken Scheve, “How to Save Globalization,” that argues America must find a way to save globalization from the backlash and all its attendant damage.

Just over a decade ago, Ken and Matt S argued in an earlier Foreign Affairs essay that stagnant income growth among American workers was leading to a protectionist drift in public policy. As we saw it, “A New Deal for Globalization,” with a significant income redistribution that would allow globalization’s gains to be shared more widely, was required to prevent a harmful backlash.

There was, of course, no such deal. Instead, what followed was the financial crisis and a set of inadequate policy responses to globalization and technological change. The stew of vast success for a few, uneasy stagnation for the great majority, and an actual decline for many others came to a boiling backlash in the 2016 election—which may well bubble over again next week.

By now, it is well known that this backlash followed a dramatic rise in inequality in the United States. Still, the strength of the backlash continues to take many observers by surprise. That’s because focusing only on the increase in income inequality misses the full extent of the dissatisfaction driving the reaction. For many Americans, a deteriorating labor market has brought not just lower wages and less job security; it also has cut to the heart of their sense of dignity, purpose, trust, and belief in their country.

There is good reason to find a way to counter the backlash: it threatens to reverse a trend toward global openness and integration that, even with its drawbacks, has delivered real gains in the United States and around the world while bringing global inequality to its lowest level in centuries. But because the problem goes beyond income inequality, the usual policy solutions are inadequate. It is not enough simply to redistribute income to financially compensate the losers from globalization. Addressing the backlash requires giving all Americans the tools they need to carve out the sense of security and purpose they have lost amid change.

That can happen only if the United States completely transforms the way it invests in and builds human capital. Saving globalization requires restoring to tens of millions of Americans the trust, dignity, and faith in the United States that they have lost. This, in turn, requires building a lifelong ladder of opportunity that will give all citizens the human capital needed to adapt to the forces of globalization. Such a ladder would not guarantee success for everyone. But it is human capital, more than any other asset, that determines an individual’s chances of thriving in a dynamic economy. The United States should expand its investments in human capital at every stage of every American’s life.

It is human capital, more than any other asset, that determines an individual’s chances of thriving in a dynamic economy. The United States should expand its investments in human capital at every stage of every American’s life.

The first rung of this ladder should be a collection of early childhood education programs for every American child from birth to kindergarten, funded by the federal government and based on evidence of what works.

The second rung of the ladder of opportunity should be federal funding for two years of community-college tuition for every high school graduate who is not pursuing a bachelor’s degree, which would ensure that each could earn an associate’s degree.

The third rung should be a lifetime training scholarship for every working American who does not have a four-year college degree. Each person would get $10,000 a decade through his or her 20s, 30s, 40s, and 50s for use as a tax credit by his or her employer to invest in that person’s skills. Eligible investments would include online courses, in-person programs at local colleges, and in-house training crafted by the employer.

The three rungs together would cost the U.S. government about $250 billion each year, which would represent the largest federal investment in human capital in American history. For comparison’s sake, the 2018 budget of the U.S. Department of Education is about $68 billion.

This unprecedented investment in human capital should be fully funded so as not to add to America’s gloomy fiscal future (which we discussed in our most recent missive here). One part of financing the lifelong ladder of opportunity should be to reverse the 2017 tax cuts for individuals, which are estimated to have cost the government an annual average of over $125 billion in revenue. The other part should be to partly curtail the exemption that allows employers to deduct the money they spend on health-insurance premiums from their taxable income—an exemption that costs the federal government $250 billion a year in lost revenue. That exemption is both regressive, in that it benefits high-income taxpayers more than low-income ones, and inefficient, in that it contributes to higher health-care costs.

The large number of Americans who believe that the United States’ economic and political institutions are no longer delivering enough opportunity are right. It should be no surprise that they are anxious, angry, and open to proposals to build walls to keep out the rest of the world. But the right response to these trends is not complacently accepting the status quo or simply letting the backlash against globalization proceed. By investing seriously in ladders of opportunity, the United States can give all its citizens the human capital that will let them take part in a changing economy—not just saving globalization but also ensuring that Americans benefit from it.